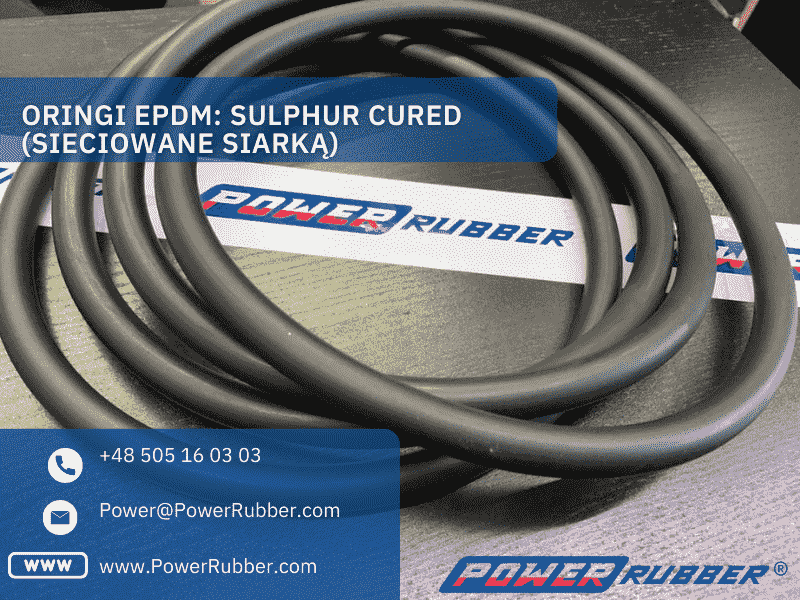 The vulcanization process is so widespread that even lay people on the word ‘vulcanization’ will surely answer that they are known. Few people know, however, what this process is about and why it is important. It is primarily important when networking elastomers, from which various rubber products are then produced, widely available in stores. These also include some of the most popular seals, or orings. What are they, how do they arise and what does sulphur or peroxide cover give?

What is the vulcanization process?

Although vulcanization may seem to be a recently known process, this is not true, because the history of this discovery goes back to prehistoric times. The curing of rubber was already known back then, although it did not resemble the vulcanization of modern times. Despite such a discrepancy in time, modern vulcanization was discovered only in the XVIII century, and it was refined only in the 19th century. It is difficult to imagine the current world without the use of rubber, after all, we use it every day – we use tires in cars, we walk in shoes with rubber soles, in gardens we have rubber hoses for watering plants, and in many industries rubber mats and rubber seals are used in the form of, for example, orings.

The process of creating rubber was already known to the Aztecs, who obtained latex from the Castilla Elastica tree available in those areas, which they then mixed with juice obtained from local vines. This is how the original rubber was made.

Before the vulcanization process was invented and the good of sulphur curednetworking was discovered,it was used to connect two moving parts in oil-saturatedskin machines. Needless to guess, this was a solution that was not very efficient, but also problematic. Vulcanization allowed to combine moving elements with material that, after the processes taking place in the work of the machine, was able to return to its original shape, and therefore was not a one-off.

Natural rubber, which has not been cured, is sticky and stretchy, and at lower temperatures crumbles. To prevent this, a vulcanization process is used to eliminate the possibility of polymers moving in the chain, in other words, hardening the rubber, while giving it the properties to return to its original shape after previous deformation under the influence of mechanical or temperature factors.

The main material that is used during the networking process is sulphur. However, materials such as peroxide, urethane nets, metal oxides, acetoxysilane are also used.

Chemical side of sulphur vulcanisation

Vulcanization of so-called traditional elastomers, or materials commonly called rubbers, involves the addition (addition) of sulphur to the double chemical bonds between carbon atoms, which are found in molecules of both natural rubbers and synthetic rubbers. In this way, one to three sulphur atoms are substituted in place of the ematried double bond.

The sulphur networking reaction usually occurs at 150 C, in special drums called calenders. These drums are applied to a special paste consisting of shredded rhomb sulphur mixed with rubber. This process can be controlled to achieve rubbers of different elasticity, and what is associated with it – hardness and abrasion. The more sulphur added, the stronger the networking. This makes the material less flexible, but the resulting rubber is characterized by significant hardness and abrasion resistance, which is a very desirable feature among rubber rubbers.

Chemical side of the peroxide vulcanisation process

Vulcanization is carried out not only on traditional elastomers, which are rubbers, but also on silicones. However, peroxide is used for this process, not sulphur. This is to change or improve the properties of these elastomers. In the process of vulcanizing material such as silicone, all compounds with two functional groups will actually work, as long as these groups have the ability to join carbon atoms in an elastomer molecule instead of a single, torn bond.

Vulcanization can also consist of combining different types of gums formed during it. The most common example of such a process is the repair or regeneration of tyres.

EPDM orings are special rubber products whose task, as a sealant, is to stop a leakage that is not desirable, for example, some liquid or gas (media). At the same time, orings are one of the most popular sealing methods selected. This is because orings (e.g. EPDM rubber) are very easy to install and don’t need much space. Undoubtedly, a big plus of the use of orings is the possibility of using them both statically and dynamically. Made of different types of rubber (especially EPDM), it allows use even at 150 °C for a very long time.

Orings are closed rings, with a circular cross-section. These sizes are described as the inner diameter and the diameter of the section. Orings are made of different types of elastomers (EPDM, NBR, FPM), the most popular of which are those made of EPDM rubber, as it is resistant to a large number of factors.

How are sulfur-networked orings created?

Sulphur cured orings are formed by seamless vulcanization, i.e. sulphur teasing. Networked EPDM rubber becomes harder, but this parameter can be modified with the appropriate amount used in the sulphur networking process. 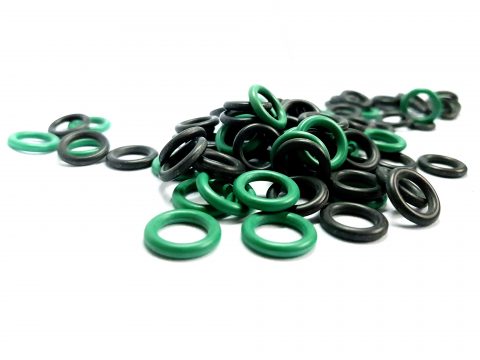 Methods of production of sulphur-coated orings

For the production of orings, two methods are mainly used, each of which depends on several factors, including the size of the oring and the quantity to be produced in a given series.

Of the many elastomers available on the market, EPDM rubber is one of the most popular because it is resistant to many adverse environmental and atmospheric factors. This is why it leads the way in relation to its counterparts, like other general purpose rubbers (SBR, NBR). Ethylene-propylene-die rubber is primarily resistant to adverse weather conditions, including UV and ozone radiation, water and steam, moisture and chemicals.

To move on to the use of orings made of sulphur cured or peroxide cured rubber EPDM, you need to familiarize yourself with the effect of the vulcanization process on the properties that the rubber, and therefore the oring made of it, will possess. Depending on the substrate that will be used during the vulcanization process, the final product, epdm rubber, will have different properties in terms of temperature operation.

Made of sulphur cured or peroxide cured rubber, EPDM orings have a number of properties desired by their users. These include, but are not only:

What are EPDM orings not immune to?

Despite their high resistance to many factors, EPDM orings are not resistant to certain substances. These include, but are not limited to:

Nevertheless, the number of positive features of EPDM rubber definitely distinguishes it from other rubbers available on the market.

Application and installation of EPDM orings

Orings are most commonly used in cars due to their high resistance to glycol-based brake fluids (DOT 3 and 4) and silicone-based (DOT 5) and for flammable hydraulic liquids (HFD – R). In addition, the car will be used in: engine, injectors, turbo cable, thermostat, steering wheel, mirror, ignition camera, speaker housing. However, these are not all places where you can meet orings in the car.

In addition to cars, with EPDM orings we can meet in computer keyboards under the keys, as gaskets in taps, or in various industrial machines and devices.

According to ISO 2230, seals such as oring can be stored for 5 to 10 years, depending on the plastic they are made of. As EPDM rubber is resistant to many different factors with which other elastomers cope much worse, oring made of EPDM rubber can be successfully stored for up to 10 years. It is important not to expose such products to extreme temperatures and humidity exceeding 70 %, as well as to oxygen or ozone. The best solution will therefore be to store such products in packaging or sealed containers.