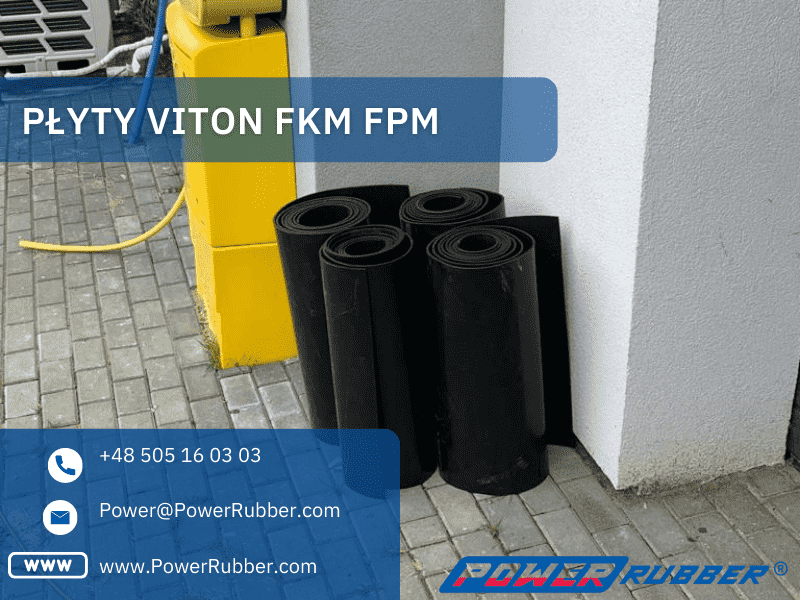 Anyone who has faced the choice of rubber plates has certainly asked themselves which plates to choose? The simplest answer is to choose a plate that will ensure safe use in the conditions it will be used for. If we want high strength and resistance to many substances, which cannot be dealt with by general purpose mats, it is best to use Viton boards, i.e. FKM or FPM.

Viton rubber belongs to the specific copolymerization products of fluoro rubber. The name Viton is proprietary to DuPont, but can also be found as fluoro rubber, FKM and FPM. If we are looking for sealing products made of the highest quality material, which will guarantee resistance to the most difficult conditions and ensure the highest durability – this rubber plate will be a bull’s eye. Although Viton is a derivative of rubber, as well as other rubber plates available on the market, despite similar properties, it has much greater strength and resistance to difficult conditions. Viton vucanisates are abbreviated as FPM, and fluorine-based rubbers are denoted as FKM. You can recognize them by the color of the available products – green or black with a green marking, it is FPM or FKM, black material = Viton. These are, of course, the most common colors, because products are made to order in very different colors.

The material from which Viton mats are made, usually black in color, provides the products with many advantages. They include resistance to vacuum, resistance to weather conditions, especially UV radiation and ozone, resistance to mineral oils and greases, also those containing additives enriching their mixtures (which are also partly offered by NBR boards), resistance to many inorganic acids, including sulfuric acid, hydrochloric acid, phosphoric acid and nitric acid (which is partly offered by EPDM boards), also have excellent durability against flame-retardant hydraulic fluids containing phosphoroesters and chlorinated hydrocarbons, which can be briefly designated as HSC In addition, they have high resistance to solvents, chemicals, hydrocarbons, and various types of chemical compounds – aromatic, aliphatic or chlorinated. The product made of Viton is also characterized by negligible gas permeability. It also shows a minimal loss of resistance under the influence of heat, because the temperature range is really wide and ranges from -25 degrees Celsius, depending on the mixture used in the production process, even up to 230/250 degrees! 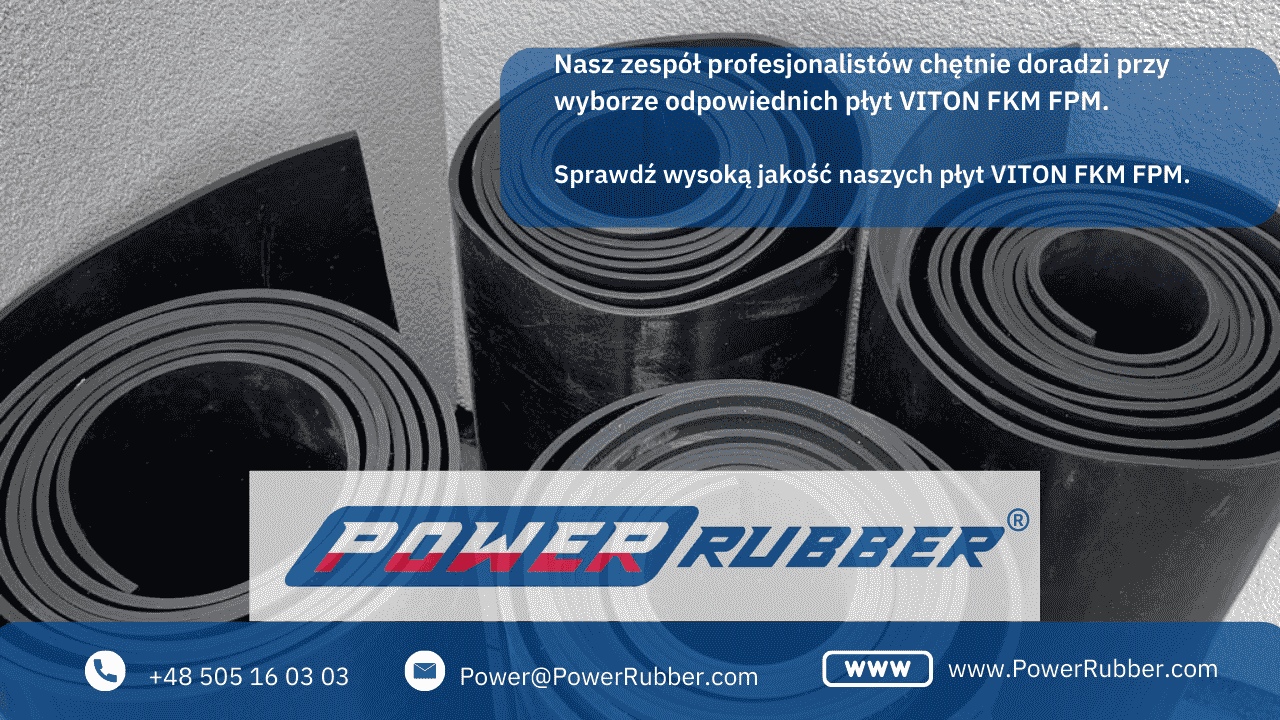 What application is the product made of Viton?

Since fluoro rubber has many advantages that have already been mentioned, it is not surprising that it is used in a really wide variety of industries. It is even used in places such as coal or nuclear power plants. Resistance to all kinds of aggressive substances acting on most other rubbers, such as oils, greases, hydrocarbons and acids, makes it a popular choice for the petrochemical, gas and oil industries. The product made of this material is also used in industries based on crude oil production processes. Products made of Viton can be found even in industries such as the aerospace industry. JWhen it comes to more down-to-earth use, the most popular are Viton seals in the form of high-temperature O-rings, which will provide adequate sealing in places that are exposed to high temperatures, even above 200 degrees Celsius. In addition, if needed, FKM products can be tested to be certified by the US Food and Drug Administration (FDA) for use in food contact in the food industry. 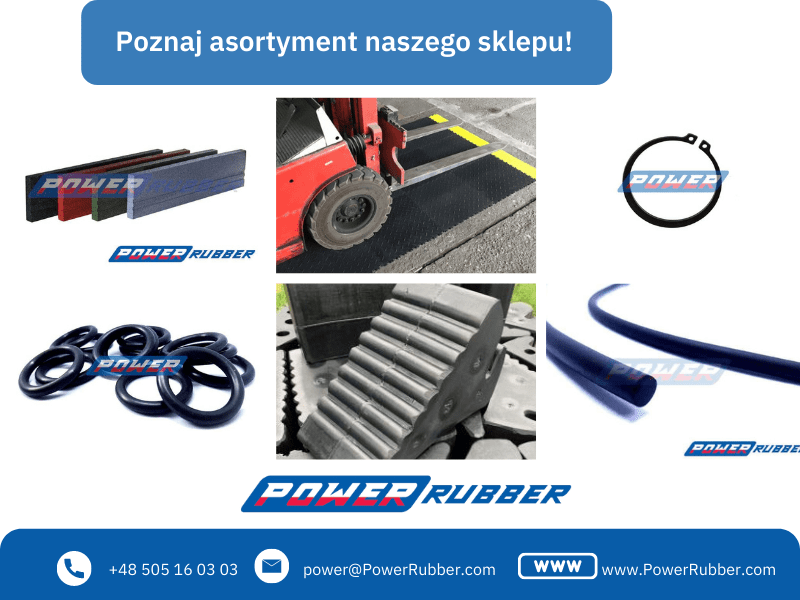